IMAGINGDEEPSPACE.COM
Arp 104 - Keenan's System
Arp 104, also known as Keenan's System, is a pair of gravitationally interacting galaxies (NGC 5216 and 5218). It was first noted by William Herschel in 1790. It is located in the constellation Ursa Major at a distance of about 17 million light-years from Earth. The connecting string of gas, dust and stars between the galaxies is about 22,000 light-years long. Also in this field of view is a large collection of other small and medium galaxies. 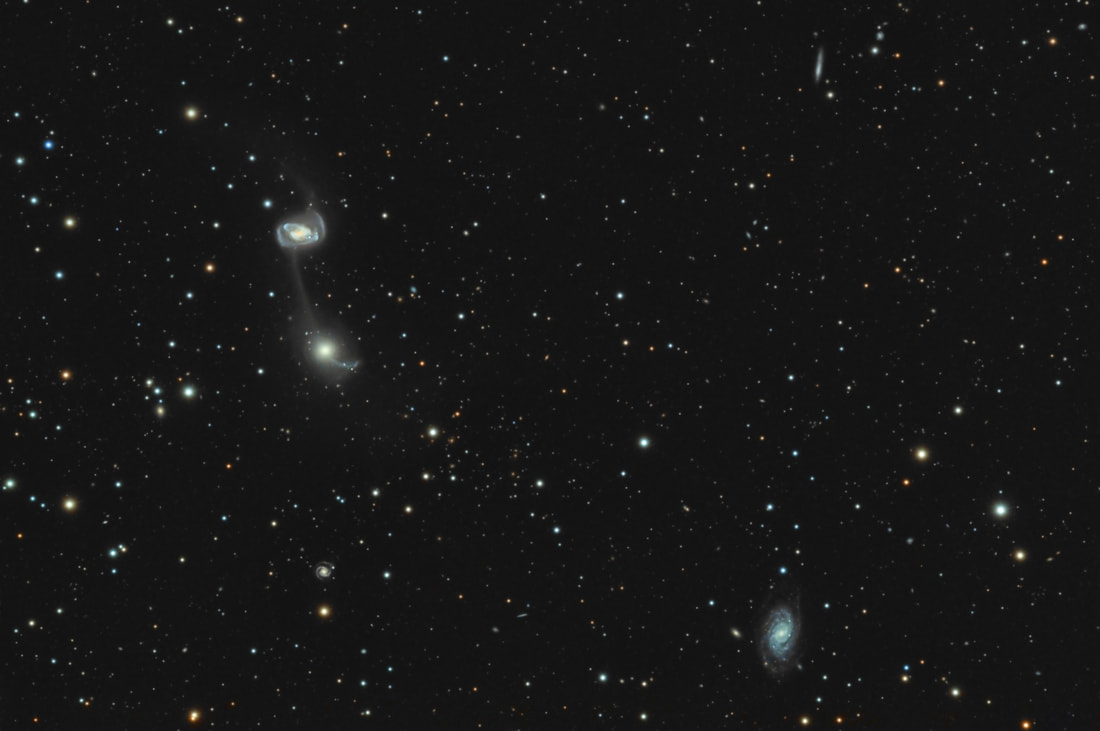