IMAGINGDEEPSPACE.COM
Arp 297
Some intergalactic mayhem caused by gravitational interaction.
Arp 297 is a quartet of galaxies, consisting of NGC 5752, NGC 5753, NGC 5754 and NGC 5755, which looks like a compact group but actually consists of two galaxy pairs at quite different distances, located in the constellation of Boötes.
NGC 5754 and NGC 5752, both barred spiral galaxies, lie at a distance of roughly 200 million light-years (while NGC 5753, a spiral galaxy, and NGC 5755, a huge barred spiral, lie much further away at distances of about 450 million light-years).
The internal structure of NGC 5754 (about 75 thousand light-years across) has hardly been disturbed by the encounter whereas gravitational interaction between these two galaxies has produced a long tidal tail (of about 275,000 light-years long) extending from NGC 5752. 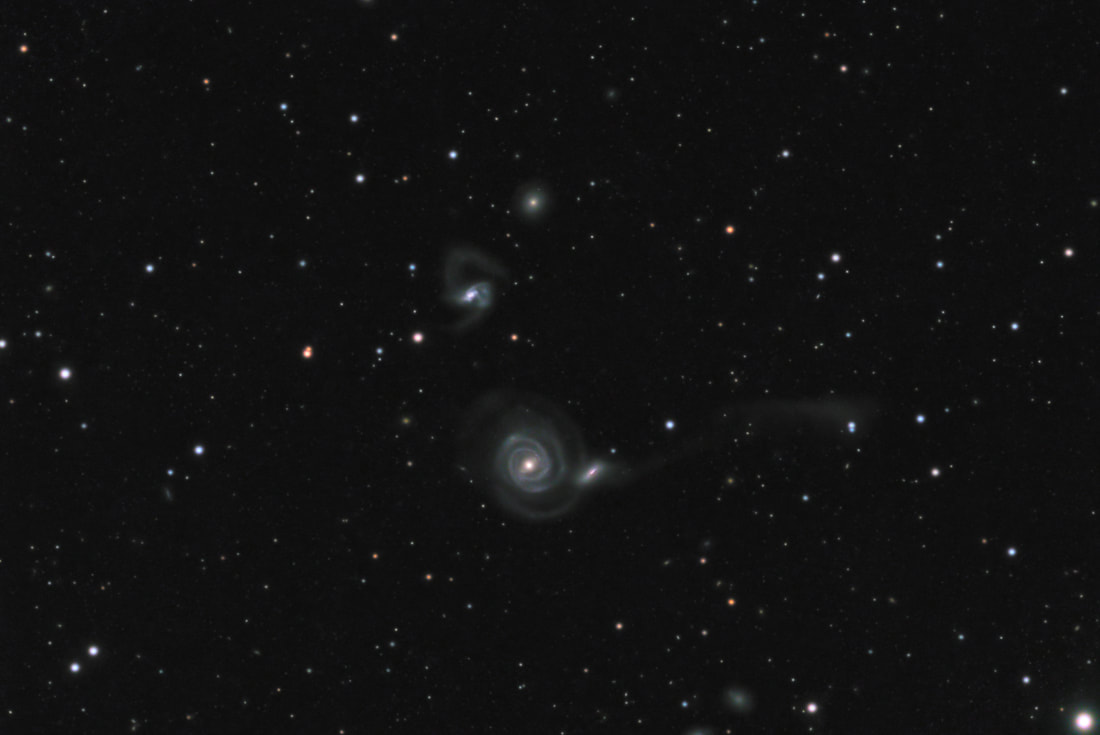