IMAGINGDEEPSPACE.COM
EGB 4
Astrobin Image Of The Day 9 January 2020
Amateur Astronomy Photo of the Day AAPOD2 25 January 2020
Published in Universo Magico 27 March 2020
EGB 4, despite its appearance, is not a comet.  It was originally thought to be a planetary nebula, but is now known to be an emission nebula surrounding a catacylismic binary star system called BZ Cam in the constellation Camelopardalis.

It has an unusual bow-shock structure as BZ Cam (with it's associated wind) moves through the interstellar medium, similar to the bow wave in front of a ship that is moving through water.

BZ Cam is believed to be a white dwarf star that is accreting mass from an accompanying main-sequence star of 0.3-0.4 solar masses.
It is around 2,500 light years away, and has a space velocity of 125 km/second. 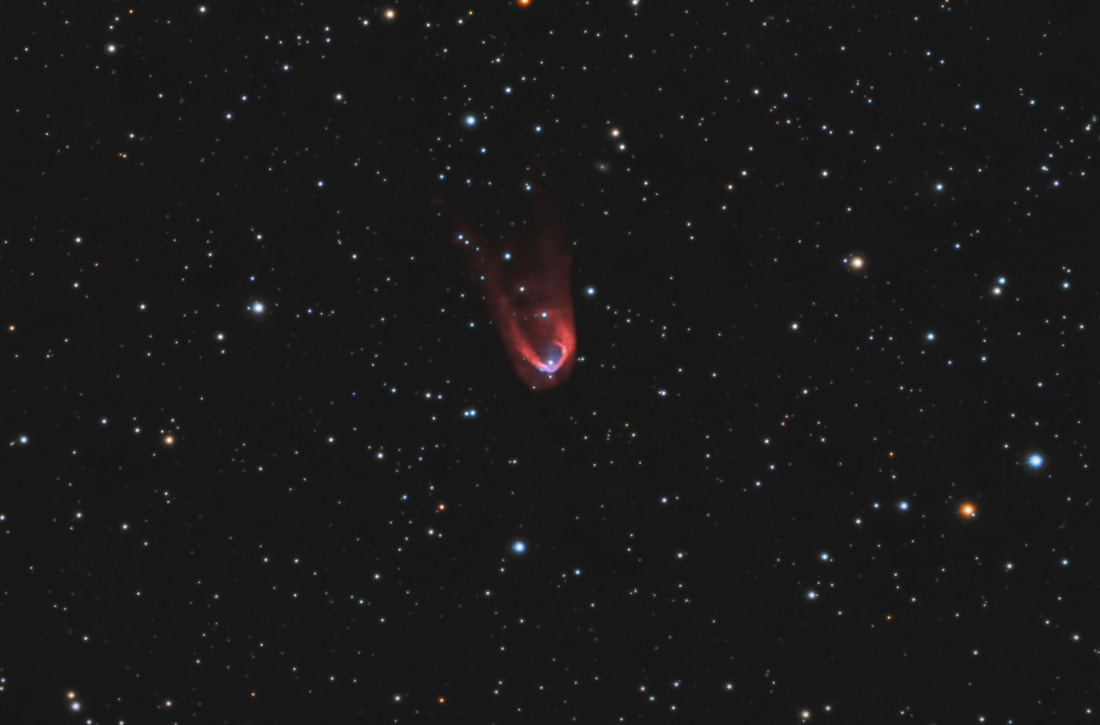 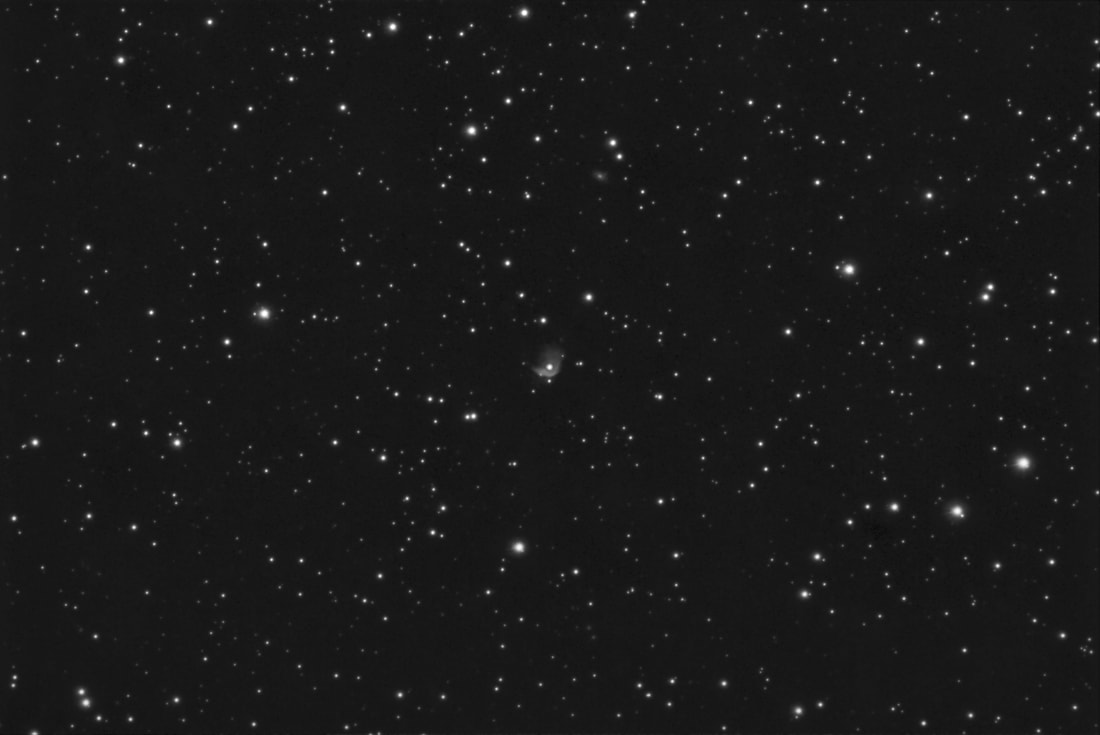