IMAGINGDEEPSPACE.COM
Kn26
Kn26 is a small (110 arc seconds) planetary nebula in the constellation Cygnus. It lies very close to the relatively giant Flying Dragon Nebula (Sharpless-114) part of which can be seen to the right of the image.
Kn26 was discovered by Austrian amateur astronomer Matthias Kronberger in 2006, although it wasn't spectroscopically confirmed as a planetary nebula until 2011.
In 2012 it was established that it was a new member of the very small sub-class of quadupolar planetary nebulae (www.aanda.org/articles/aa/pdf/2013/03/aa20592-12.pdf).
Almost all of the structural detail is found in the Ha emission. 12 hours of OIII data only revealed the central core with no structural detail. 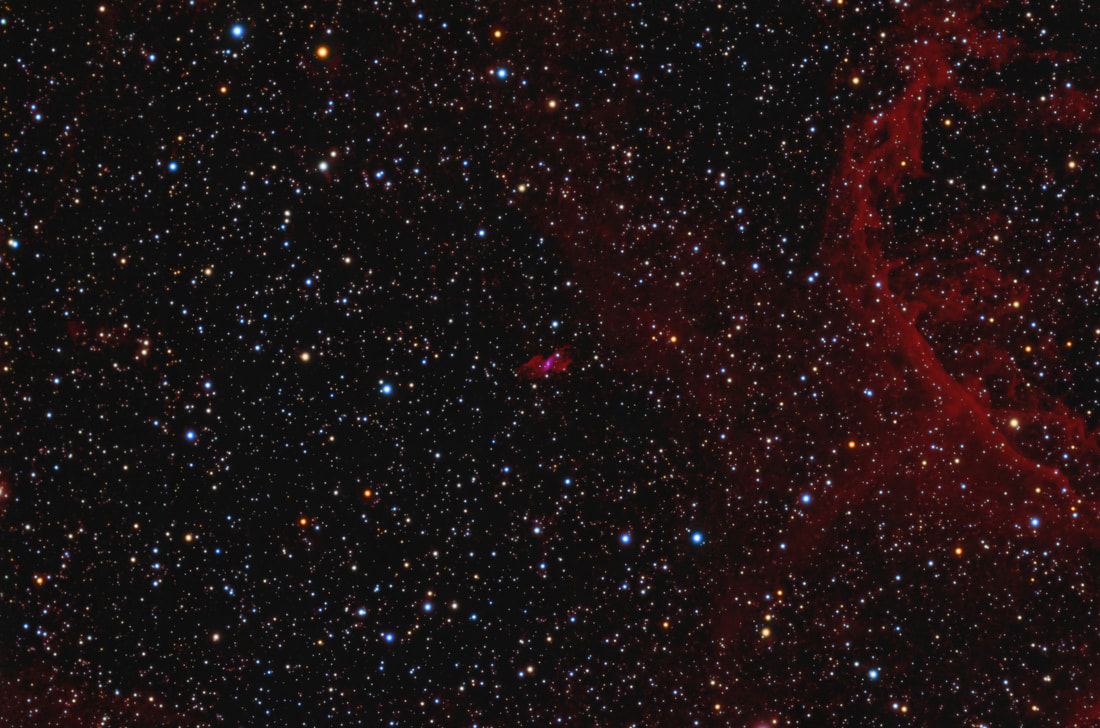 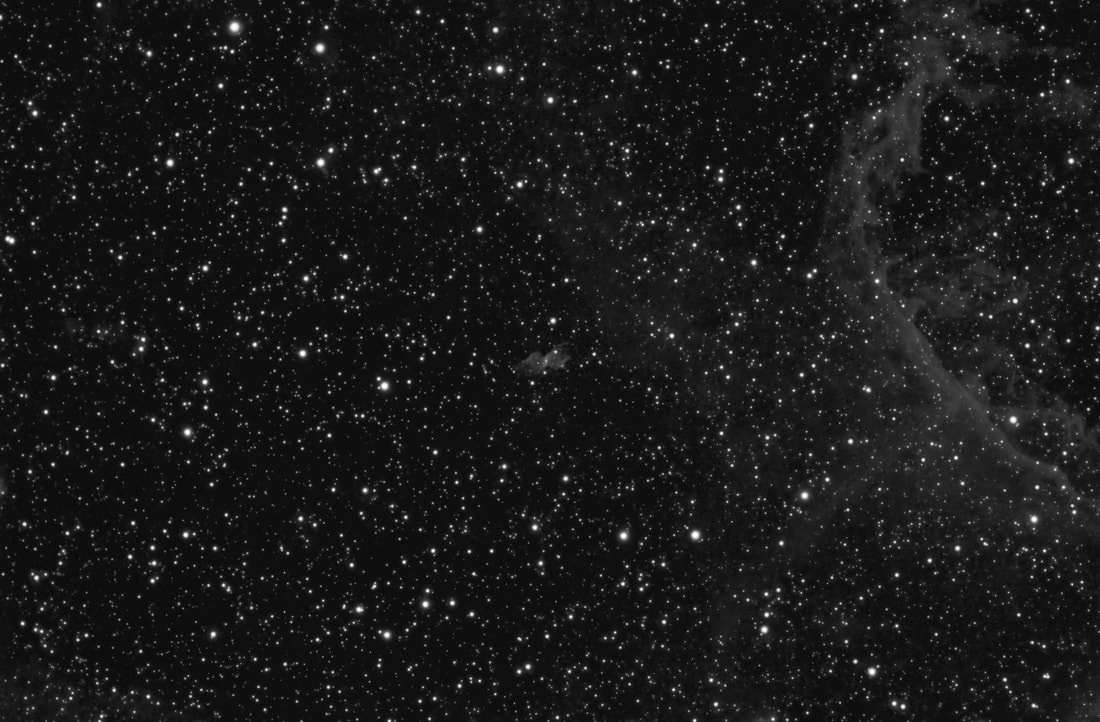 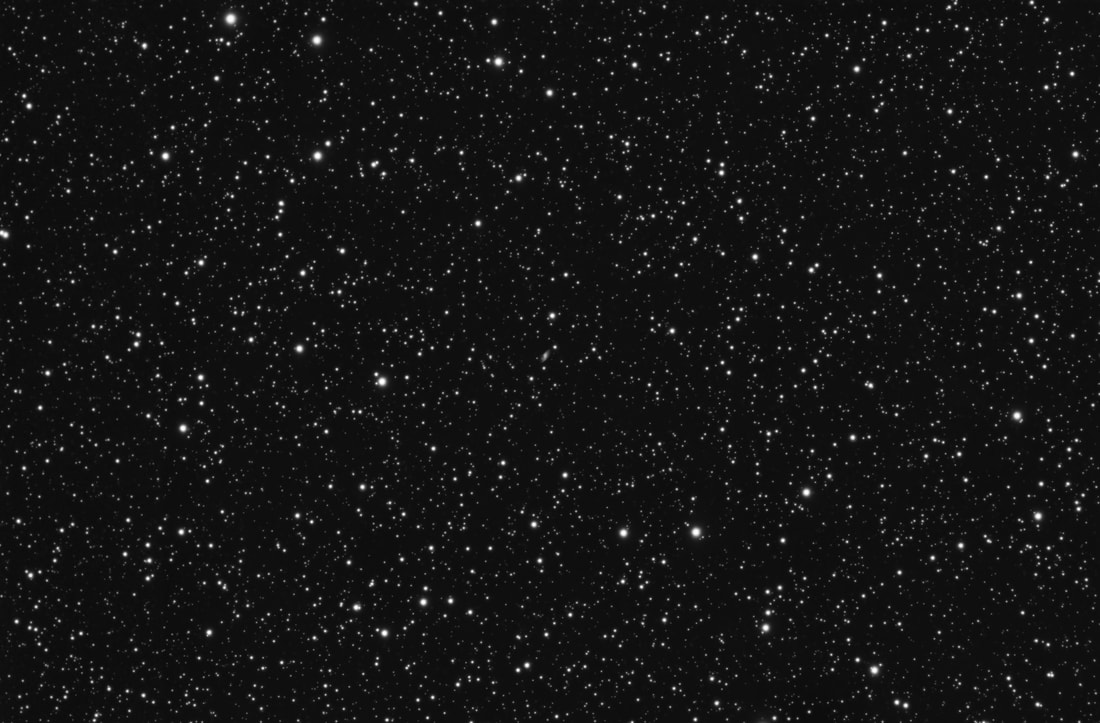