IMAGINGDEEPSPACE.COM
NGC 1514 - The Crystal Ball Nebula
Published in Astronomy Now Magazine February 2019
Featured in The Journal of The British Astronomical Association, December 2020
NGC 1514 is a planetary nebula in the constellation Taurus. William Herschel described it "A most singular phaenomenon" and forcing him to rethink his ideas on the construction of the heavens. Up until this point Herschel was convinced that all nebulae consisted of masses of stars too remote to resolve, but now here was a single star "surrounded with a faintly luminous atmosphere." He went on to conclude "Our judgement I may venture to say, will be, that the nebulosity about the star is not of a starry nature".

It has since been conjectured that the nebula in fact envelops a tightly orbiting double star with a period of up to 10 days. Gas is presumably expanding away from the larger star of the pair. 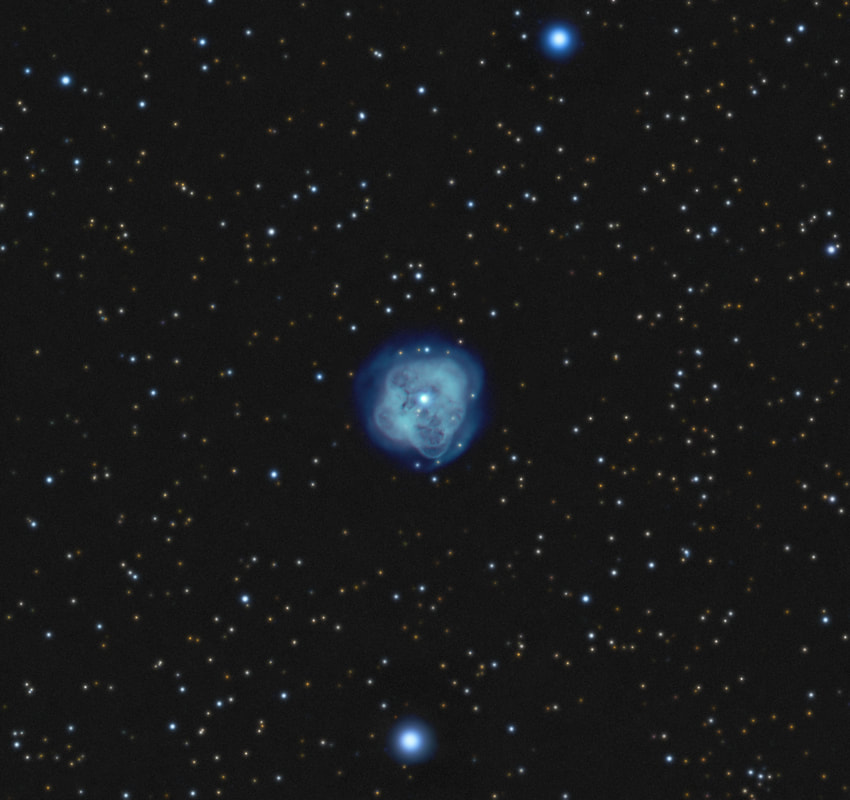