NGC 2685 is a very unusual galaxy in the constellation Ursa Major.
It is a rare  polar ring galaxy - meaning it has a ring of gas, stars and dust orbiting in a plane almost perpendicular to the normal flat plane of NGC 2685. Physically it contains two separate velocity systems whose axes are perpendicular. The most popular view says that such galaxies are the result of an interaction, up to and including a complete merger, with another galaxy.
This feature can be seen in the image as helical filaments around the central part of the galaxy.
NGC 2685 is about 50,000 light years across, and about 42 million light years from Earth. 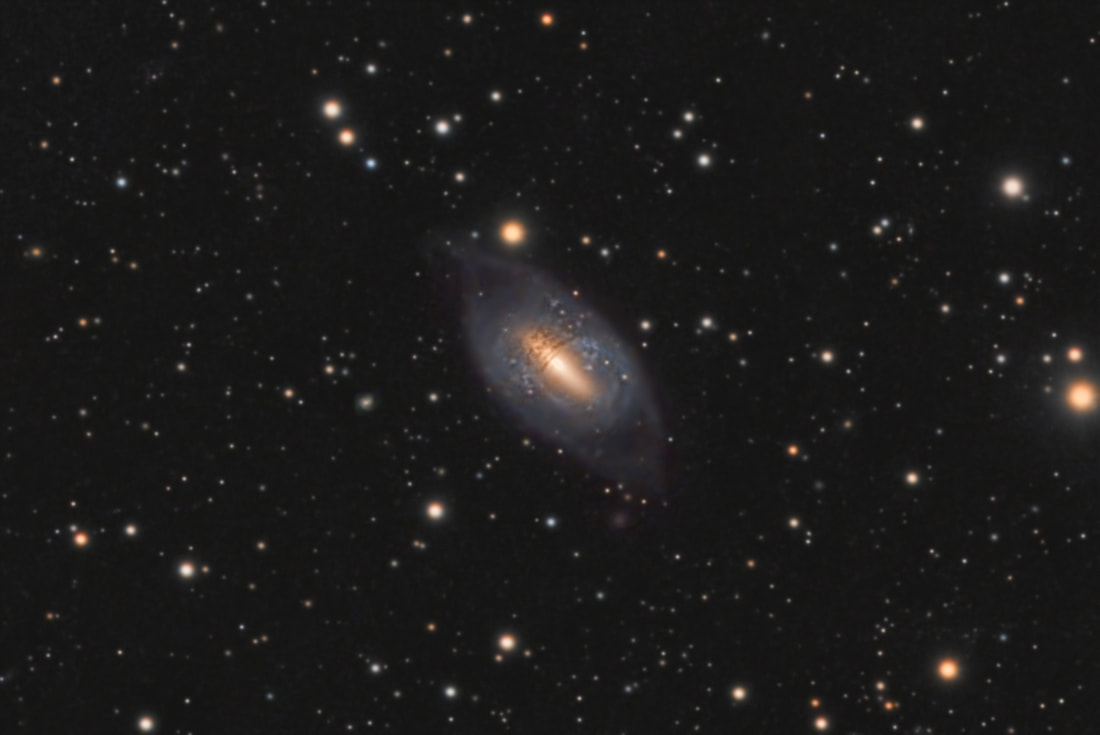