NGC 5364 is known as a grand design spiral galaxy, in the constellation of Virgo. It is the archetype of a spiral galaxy, characterised by prominent, well-defined arms, which circle outward from a clear core.
However NGC 5364 is far from perfect. Its arms are asymmetrical compared to other grand design spirals — this is thought to be due to interactions with a nearby neighbour. This neighbour and NGC 5364 are tugging on one another, warping and moving their stars and gas around and causing this misshapen appearance. 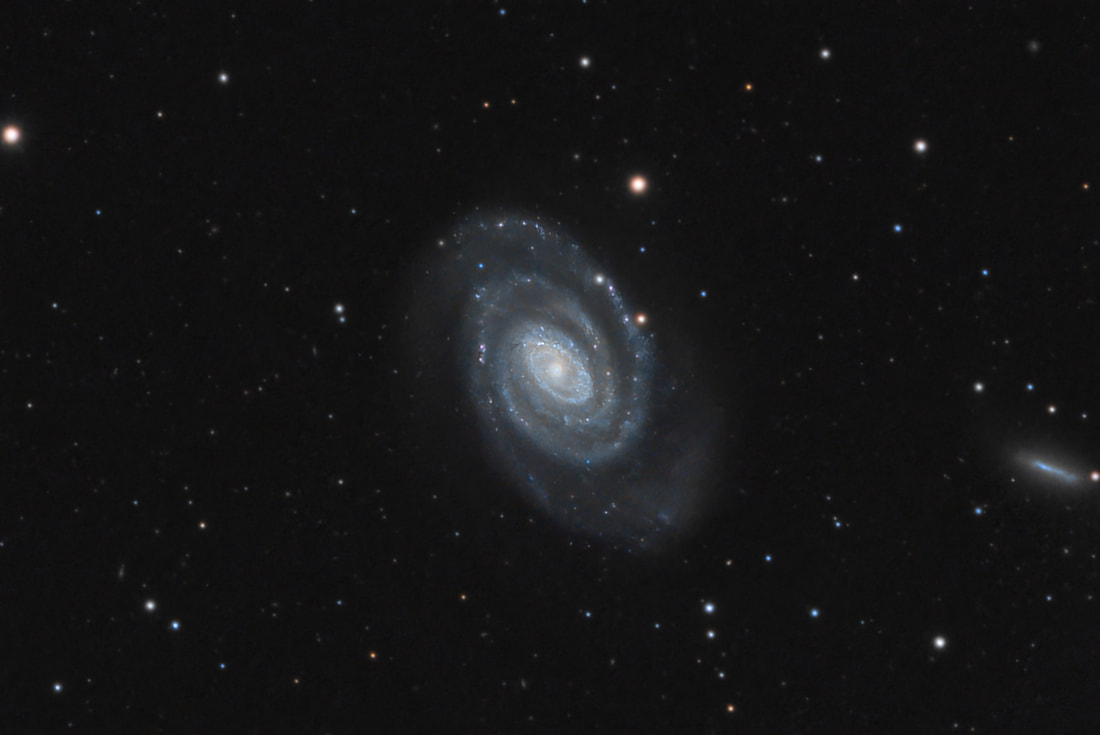