Sh2-176 is a faint planetary nebula in Cassiopeia. It has a surface brightness of 15.5 mag/arc-sec2 and a hydrogen-rich central star. It was discovered to be a planetary nebula by Sabbadin et al in 1977. It is approximately 490 light-years away with estimates for its age ranging from 24,000 to over 180,000 years old based on the computed kinematics (expansion rate and nebular diameter). Expanding at 19 km/sec, Sh2-176 has been estimated to span 3.1 to over 22.8 light-years across depending on the source. Its asymmetricity is believed to be the result of bow shocks involving the interstellar medium and the planetary nebula itself where, the brighter portion of the nebula represents the interaction of the nebula meeting up against the interstellar medium as it moves through space.  The central star associated with Sh2-176 is a blue subdwarf with a magnitude of 18.74. 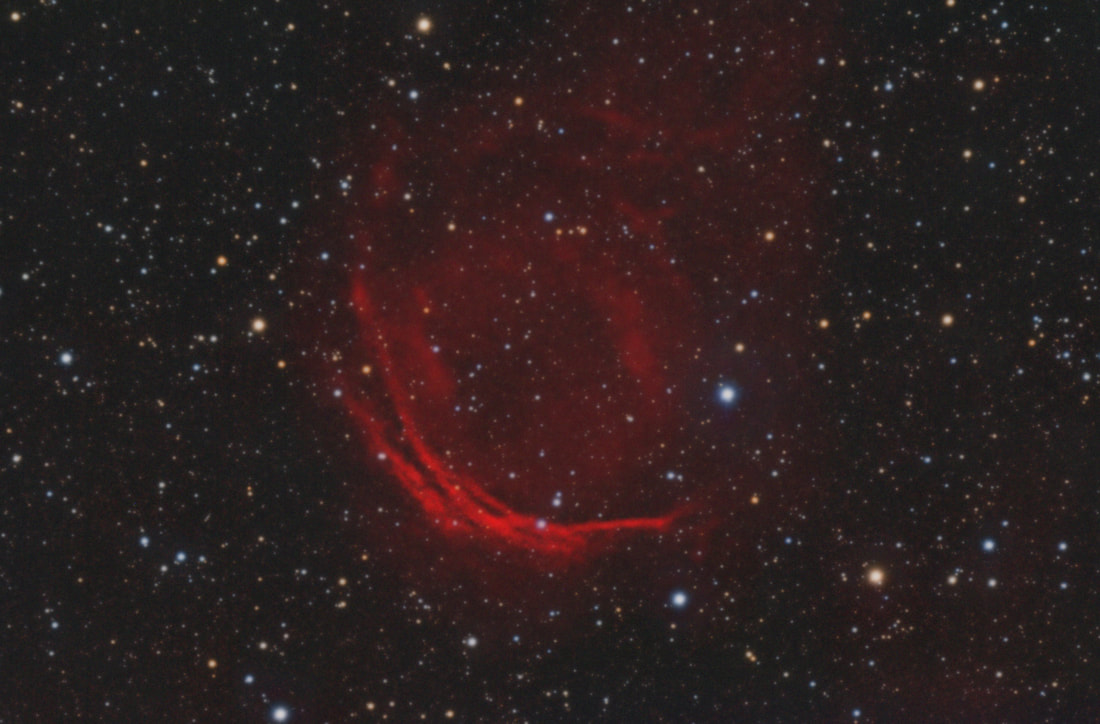 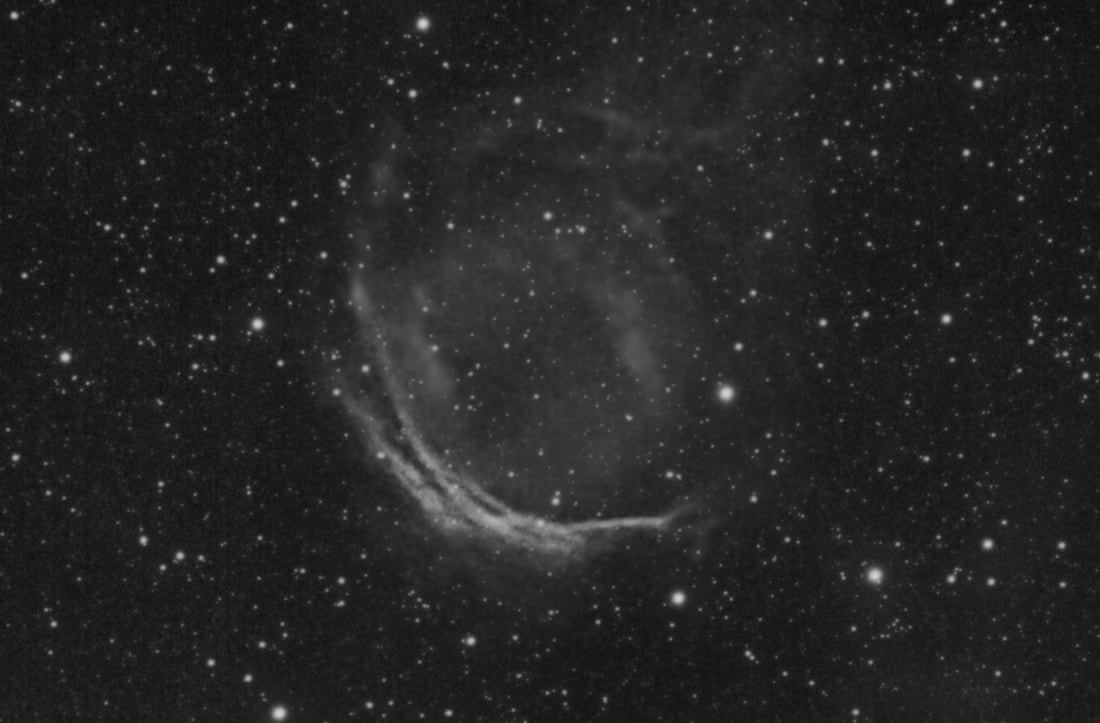