IMAGINGDEEPSPACE.COM
Sh2-215
Awarded Picture of the Day by the Gruppo Astrofili Galileo Galilei (GrAG) apod.grag.org/2020/09/13/new-discovery-sharpless-215-is-a-potential-planetary-nebula-pa-167/
Sharpless 215 has, like other objects in the Sharpless Catalog, been classified as an Ha emission nebula. It is in the constellation of Perseus.
My good friend Dana Patchick recently spotted a hot star apparently located within the nebula, and suggested that it could possibly be a planetary nebula. He proposed that I turn my scopes on it, looking for any OIII emission. Although much fainter than the HII emission, I found a strong OIII signal which is characteristic of planetary nebulae. Dana has registered it in his catalog as Pa 167.

Following the production of this image two spectra have been been obtained and SH2-215 has been confirmed as a newly-discovered planetary nebula in the HASH (Hong Kong/AAO/Strasbourg H-alpha) planetary nebula database managed by Professor Quentin Parker of the University of Hong Kong. 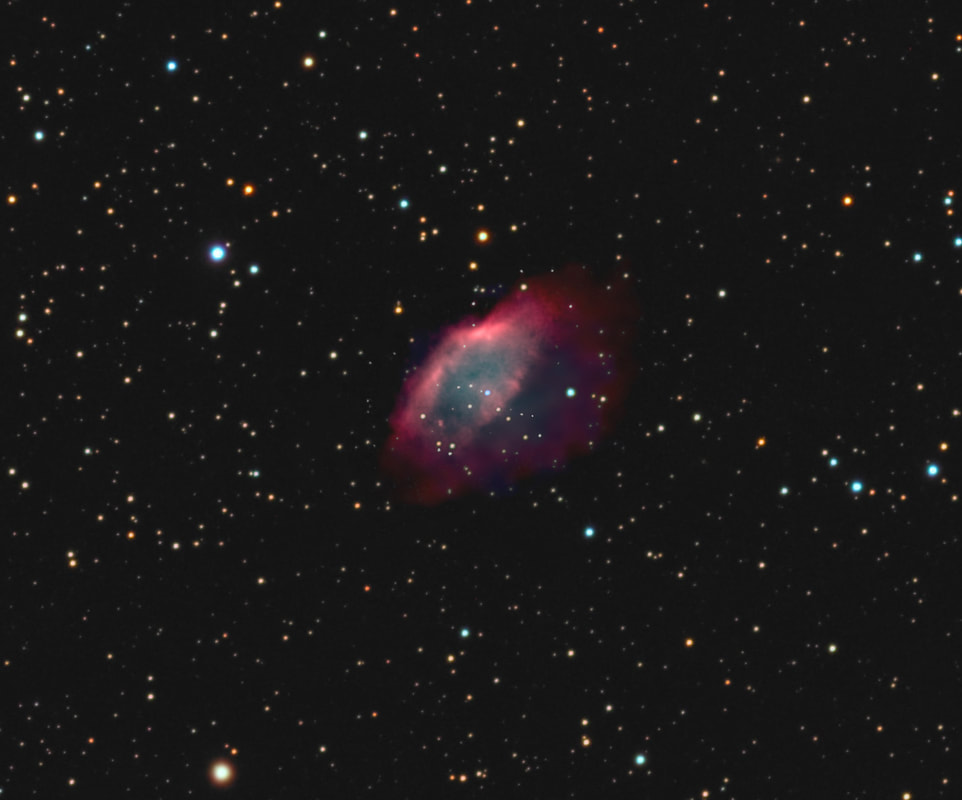