NEW DISCOVERY: Strottner-Drechsler 153 / Ingrid's Nebula is a new candidate of a planetary nebula in the constellation Serpens.
It was discovered by the German-French team of Marcel Drechsler and Xavier Strottner in August 2021 and has the catalogue designation StDr 153 / PNG 014.6+00.7.
This image, captured in collaboration with my good friend Sven Eklund from Sweden, and expertly processed by Marcel Drechsler from Germany, is the first ever taken of this faint object. The name "Ingrid´s Nebula" is a tribute to Sven's mother, Ingrid Eklund.
Typical for planetary nebulae is a compact envelope of H-alpha and OIII surrounding a tiny white dwarf.
The central star is exceptionally blue, suggesting a temperature of 30,000K or more.
An exact distance determination was not possible due to insufficient GAIA and TESS data.
Soon a spectrum will be created, which will hopefully confirm that Ingrid's Nebula is a true planetary nebula.
If you have a trained and sharp eye, you will discover another potential planetary nebula in the upper right of the image, discovered by Xavier Strottner and our friend Lionel Mulato and has the catalogue designation of StMul 1. StMul 1 was only recently examined by a spectrum and classified as a potential PM.
Data was captured on both my dual rig of 6" refractors and Sven's C14 EdgeHD - all located at Fregenal de la Sierra in Southern Spain. 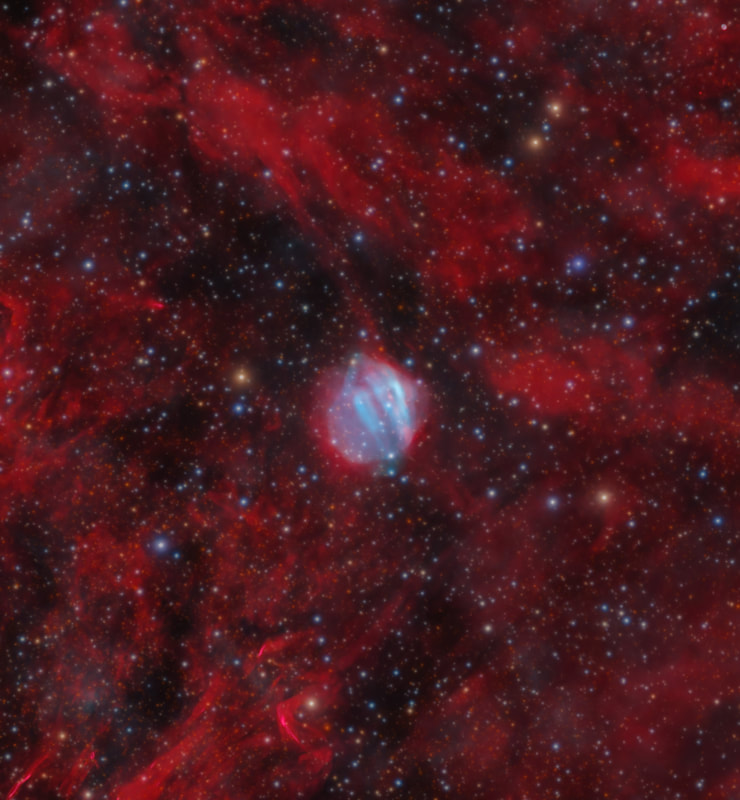 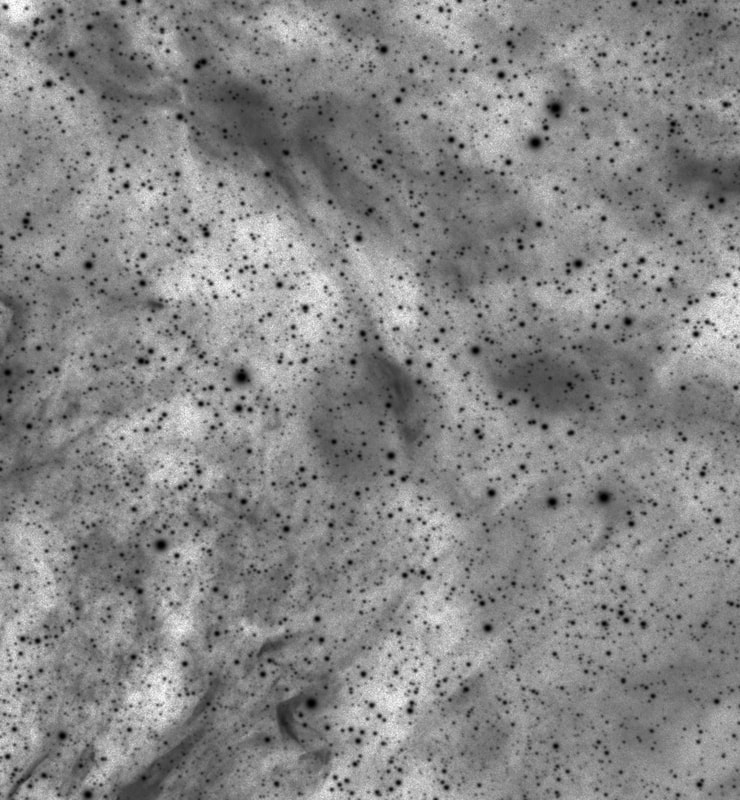 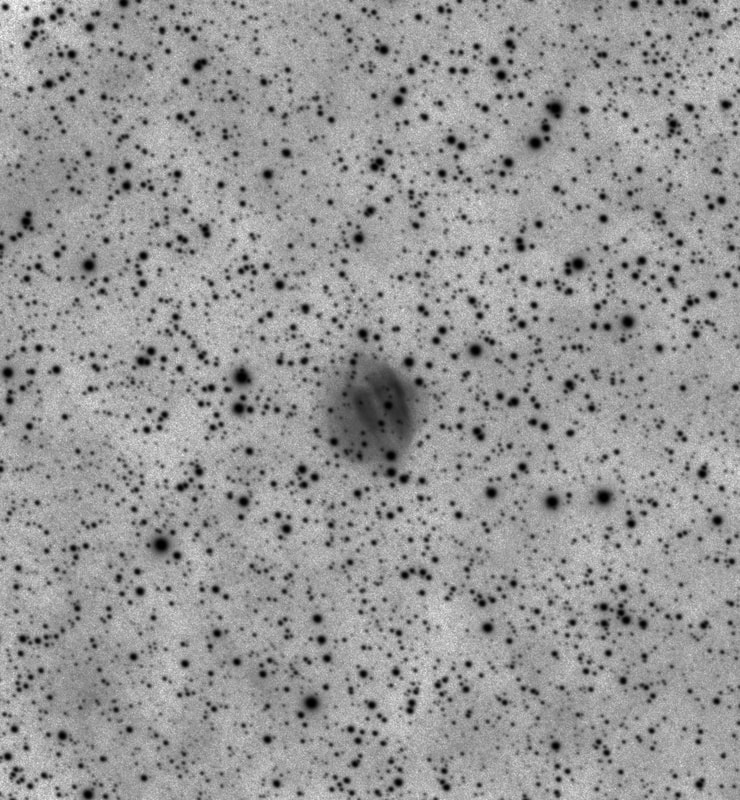